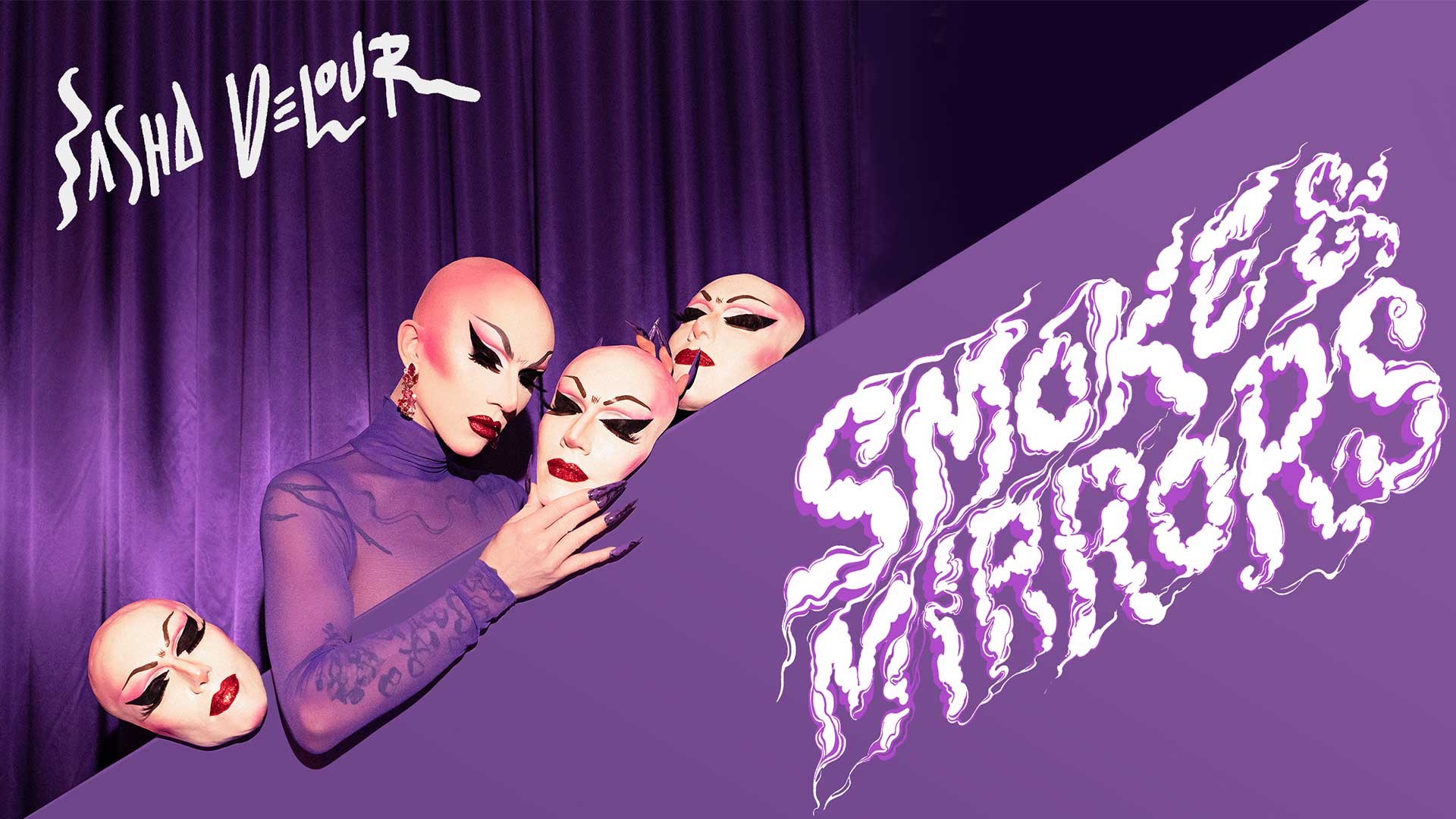 Please be assured that all tickets purchased from The Ticket Store for the show have been automatically transferred to the new show date. If you are unable to attend the new date please contact The Ticket Store by Friday 9 July 2021 for a refund.

"Smoke & Mirrors,” Sasha Velour's first one-queen theatre tour, is an effortless blend of drag, visual art, and magic. Velour introduces audiences to a whole new side of her artistry, through 13 dazzling and genre-busting lip-synch performances, all directed and choreographed by the queen herself. You’ll be on the edge of your seat as she explodes into rose petals, vanishes in a puff of smoke, saws herself in half, conjures a rainstorm, even transforms into a tree in front of your eyes (to name just a few). But the real magic is the way that these illusions and deceptions serve to unmask deeper truths, sparking fresh analysis of gender, fame, family, and the importance of dreaming big and living life over-the-top.

Sasha Velour’s “Smoke & Mirrors” toured Australia and New Zealand in January 2019, had a sold-out 8-night New York City residency in March 2019, toured 23 cities in North America in the fall of 2019, and had limited sold-out engagements in Los Angeles and London, all to rave reviews.

The intensely personal [Smoke & Mirrors] shows what a top-of-her-game queen Velour really is, both as an artist and as a storyteller.” Paper Magazine

[Velour’s] most spectacular stage gambit yet. Time Out New York

The drag icon is constantly reinventing herself, and it's our privilege to watch her do it. NYLON

Sasha Velour is a gender-fluid drag queen. Velour won season 9 of the Emmy-winning reality TV competition, Rupaul’s Drag Race. She is the creator and director of the acclaimed drag revue Nightgowns, which she has produced in theatres in New York, London, and Los Angeles. Nightgowns has been adapted into an 8-part docuseries for new streaming platform, Quibi, with Velour as Executive Producer and directed by Grammy-Award winning music video director, Sophie Muller. Velour's live performances have been called “an entirely new level of performance art” (Yahoo) and “heart-wrenching” (Billboard). She has pioneered the use of projection mapping in lip-synch drag performances, and is known for combining emotional pathos with theatrical stunts. In September 2018 she collaborated with Opening Ceremony to produce, direct, and host their Fall Fashion Show, better known as “The Gift of Showz”. She has appeared in Vogue, Vogue Italia, and Plastik Magazine. Her visual art has been the subject of 2 solo gallery shows in New York (2014 and 2016). In 2017 she drew the Google Doodle of Marlene Dietrich. She is also the creative director (and graphic designer) of the art magazine “Velour” (now released in hardcover Collector’s Edition). In December 2018, Velour spoke and performed at The Smithsonian’s The Long Conversation among the world's leading cancer surgeons and NASA scientists, to share how the power of drag can provide optimism for the future.