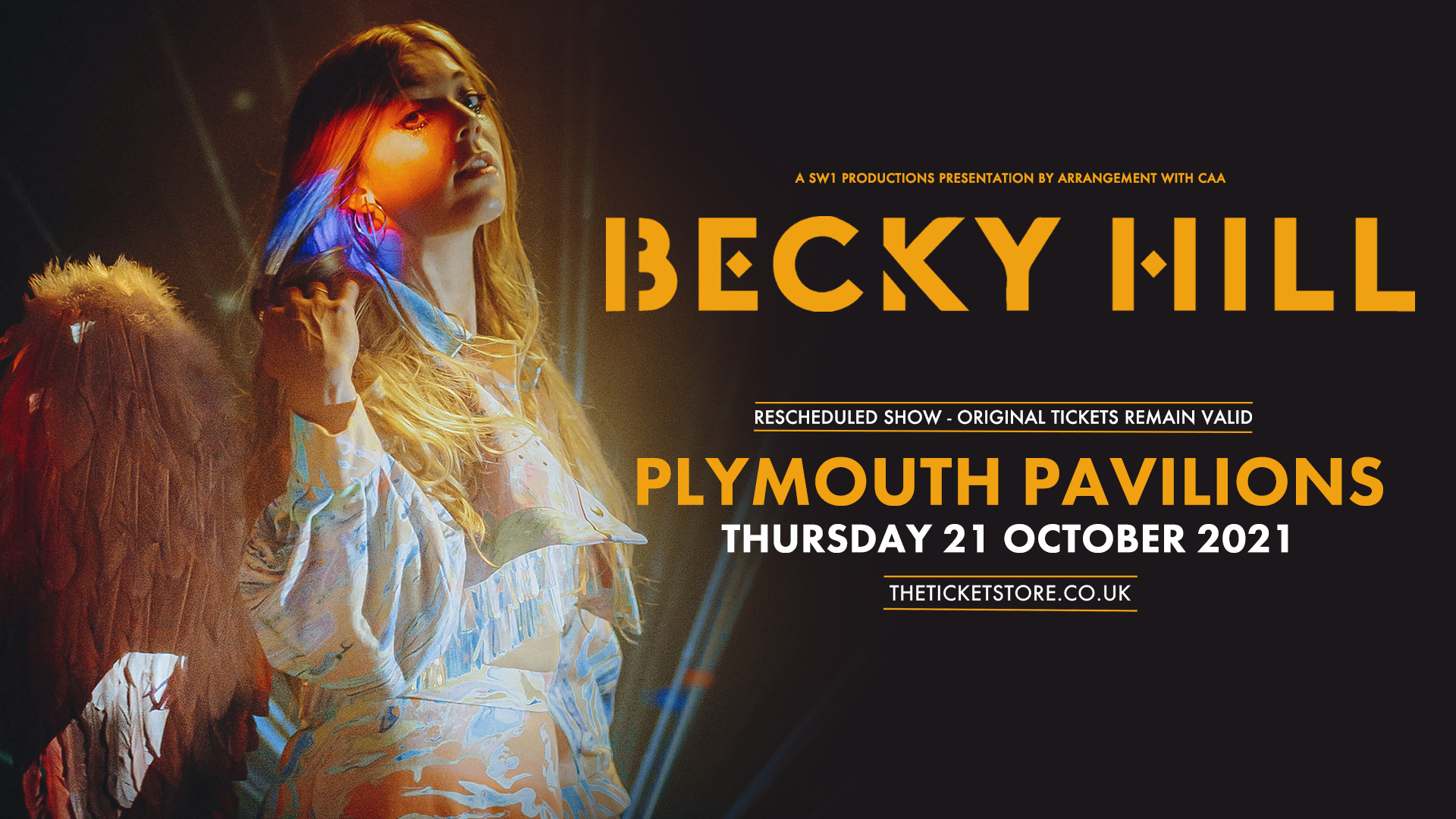 Due to the ongoing situation with Coronavirus this performance has been rescheduled. NEW DATE: Thursday 21 October 2021 previously Thursday 26 November 2020 and Thursday 17 June 2021

Following on from her upcoming Spring Headline UK tour, which sold out within hours of going on sale, Becky will be hitting the road again in November and December this year. Encompassing 15 shows, Becky’s Headline Autumn/ Winter2020 tour will kick off on 11th November at SWG3 in Glasgow and wrap up on 3rd December at O2 Academy Brixton in London.

"I can’t wait to go back on tour, playing in some of my favourite cities of the UK & Irleland!!! We’re taking my live show to a whole new level this year and what better way to show it off than on my biggest headline tour to date” – Becky Hill"

After an incredible 2019, Becky Hill is now the 2nd most listened to British female artist on Spotify in the UK having notched up over a billion streams and 19 million+ Spotify monthly listeners. Her brand new single ‘Better Off Without You’, (written by Becky and produced by Shift K3y), is the follow up to her certified silver Summer hit ‘I Could Get Used To This’ with Weiss and was recently added to Radio 1 and Radio 2 playlists.

Over and above the release of ‘I Could Get Used to This’, the past year alone has seen Becky release her ‘Get To Know’ project (which peaked at no.13 in the UK Official streaming Chart and has not left the Top 20 since), co-write and collaborate on hit singles with Sigala (‘Wish You Well’ which debuted in the Top 10 of the UK official charts) and Meduza x Goodboys (‘Lose Control’ which is still in the Global Spotify Top 10), write the Top 10 smash ‘All Day and Night’ by Europa and featuring Madison Beer, and complete a sold out headline UK tour.

One of Britain’s most in-demand musical exports of the moment who’s renowned for her irrefutable aptitude for writing chart smashing pop songs and her firmly ensconced electronic music roots, Becky Hill has an impressive string of hits to her name. She has written and performed on seven singles which charted in the top 40 of the UK official singles chart, including the million selling number 1, ‘Gecko (Overdrive)’ with Oliver Heldens, gold certified UK Top 10 single ‘Afterglow’ with Wilkinson and club anthem ‘Back & Forth’ with MK and Jonas Blue. She has collaborated with the likes of Rudimental, Matoma, Lil Simz and more. And her songwriting skills have been enlisted by artists ranging from MK, Tiesto, Jax Jones and Martin Solveig through to MNEK and Little Mix, (which is no mean feat considering only 17% of PRS for Music’s registered songwriters are female).

Radio 1's Greg James may have described Becky Hill as “One of the most underrated popstars and vocalists in the world”, but with a slew of solo stellar singles, two headline tours and her debut album set for release in 2020, this is sure to change.

Under 16 to be accompanied by an adult over 18 at all times.