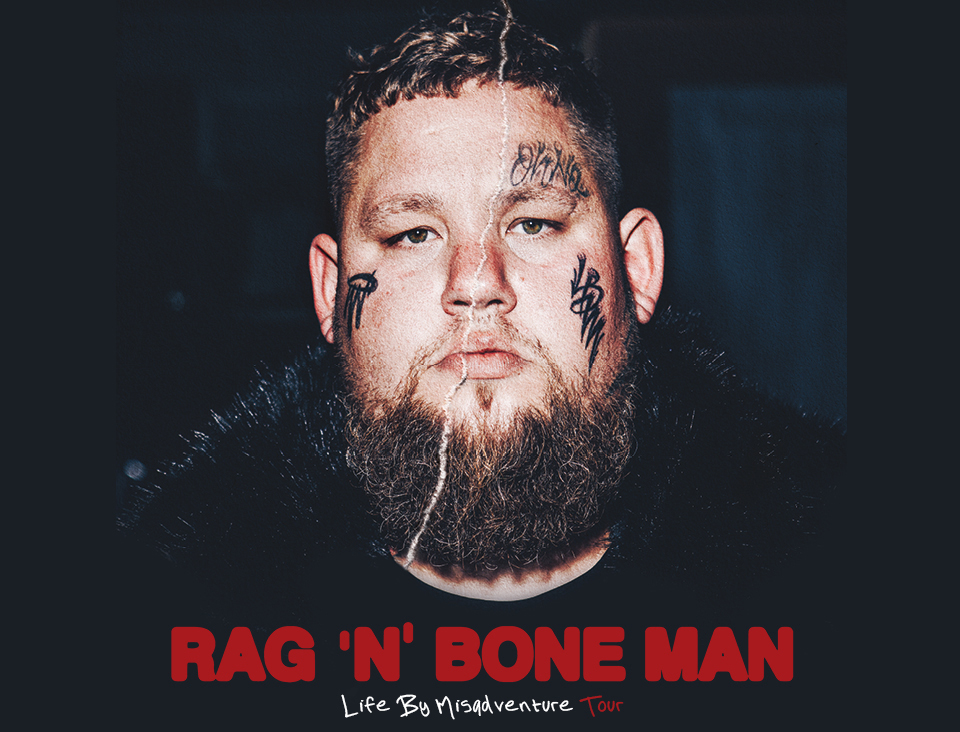 Tickets on sale Friday 26 March, 9am

The tour announcement comes ahead of release of the multi-platinum singer’s highly anticipated sophomore album, Life by Misadventure. Firmly established as one of Britain’s most successful artists of the past decade, Rag’n’Bone Man is now poised to assert himself as one of its authentic and original talents. Fans can expect an unmissable show from Rag’n’Bone Man, with the multi-Brit Award winner performing “Human”, “Skin”, “Giant”, “Run” and the critically acclaimed “All You Ever Wanted” to name a few.

Rag‘n’Bone Man’s second album opens with hope. It’s in the sound of birdsong, filtering through the dawn sky in Nashville, where the artist born Rory Graham wrote these songs. It’s in the lyrics – words of love to friends, family, his young son, and himself. And it’s in his unmistakable voice, grown all the richer from experience as he delves into his past, present, and future. This is an album, as Graham puts it, about growing up.

Life by Misadventure is the culmination of more than a year spent writing and working with some of music’s true greats. In Graham's performance, you hear a renewed sense of purpose and an entirely new energy. His 4x Platinum debut, 2017’s Human, shot to No 1 in the UK upon release and became the fastest-selling album by a male artist of the 2010s, with Graham picking up both BRIT and Ivor Novello awards along the way.