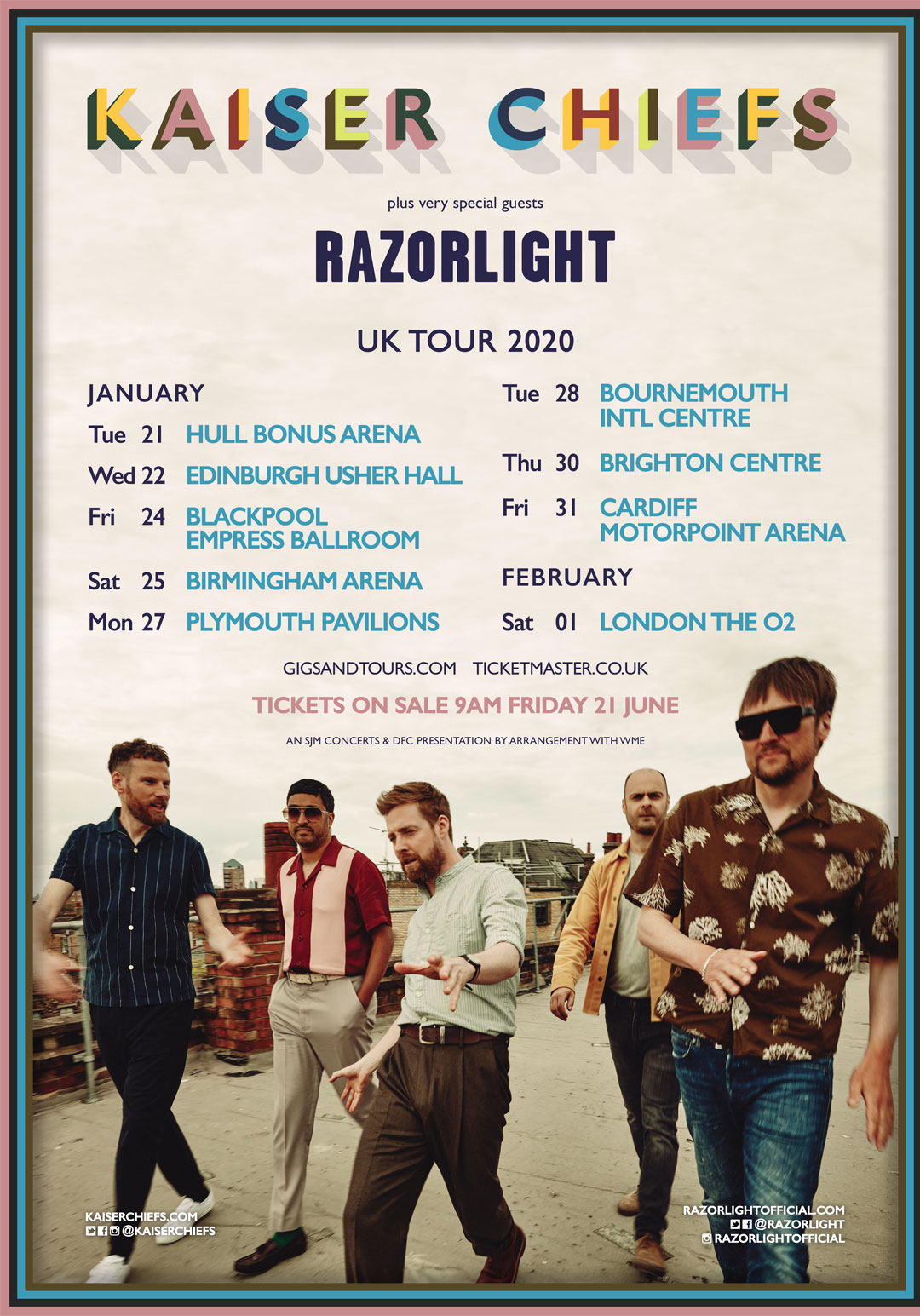 Tickets on sale Friday 21 June, 9am

Kaiser Chiefs have announced the release of anthemic new single ‘People Know How To Love One Another’ alongside details of a UK arena tour in January 2020.

‘People Know…’ is the lead single from the Kaiser Chiefs forthcoming new album Duck and follows hot on the heels of Record Collection, which gave fans their first taste of the new album. Duck, released on July 26th through Polydor, is the sound of one of the most successful British guitar bands of the millennium reclaiming the creative swagger that underpins their strongest work. “It’s undeniably fantastic and undeniably Kaiser Chiefs,” says frontman Ricky Wilson.

‘People Know How To Love One Another’ is an uplifting mix of radiant melodies and Northern Soul-style grooves. Its message of positivity came from guitarist Whitey. “It’s the antithesis of Every Day I Love You Less And Less,” says Wilson. “The title is a statement - there’s no judgement or ‘this is how you should live your life’, no bravado, it’s just, ‘this is how it is.’ It reminded me of our first record.” Bassist Simon Rix thinks the world in 2019 needs a song with such a declaration of human warmth. “It’s a really important song and a great message for Brexit Britain.”

People Know How To Love One Another was produced by Ben H. Allen, who previously collaborated with the band on 2014’s number one album Education, Education, Education & War and Andrew Wells who’s recent work includes US number ones with Fall Out Boy and Bebe Rexha. Other production collaborators on Duck include Iain Archer (Liam Gallagher, James Bay) with additional mixing by Mark “Spike” Stent (U2, Ed Sheeran, Arcade Fire) who worked with Kaiser Chiefs on defining single Everyday I Love You Less and Less.

It’s a record that harks back to the everyday explorations of their breakthrough early albums. “We wanted to do something that had a Kaiser Chiefs DNA but still try and do something different” says bassist Simon Rix. “It has the right spirit.”

Fifteen years into their career, the band, completed by Andrew “Whitey” White (guitar), Peanut (keyboards) and Vijay Mistry (drums), are hitting new artistic peaks. “It’s more exciting than it’s ever been,” says Wilson. “Every time there’s a big obstacle, it just gets blown away in the wind like a dandelion. We’re still selling out arenas but under the radar. We can make albums forever.”