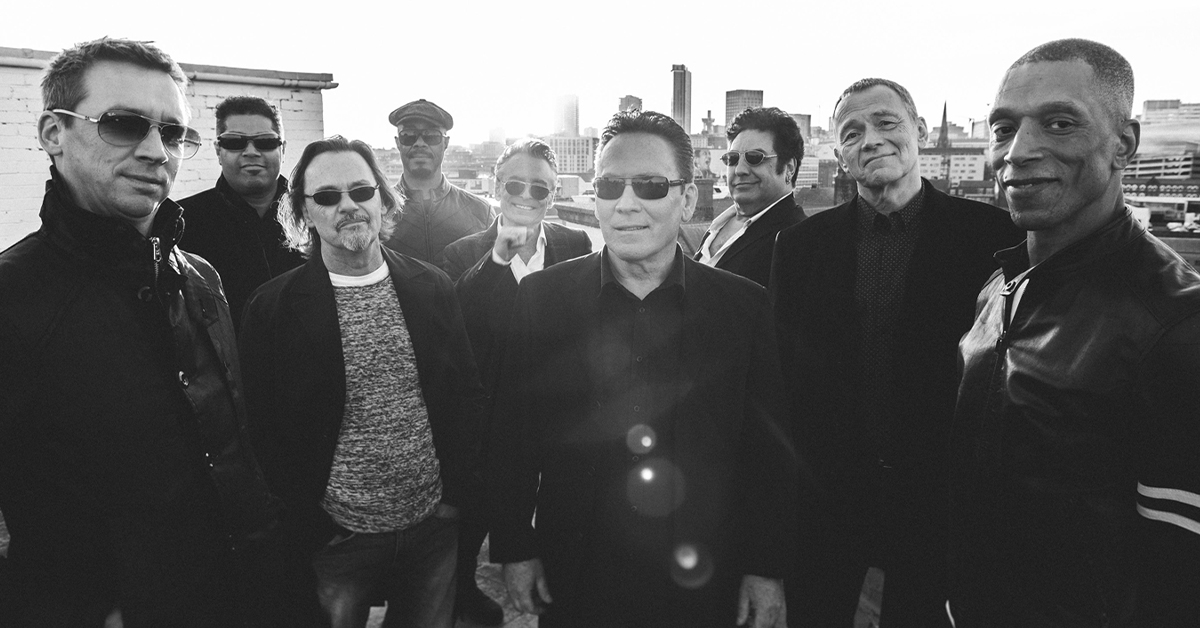 Tickets on sale Friday 26 February 10am

THE ‘BIGGA BAGGARIDDIM TOUR’ WILL CELEBRATE THE ARRIVAL OF THE LEGENDARY REGGAE BAND’S FORTHCOMING ALBUM, ALONGSIDE ICONIC HITS

Celebrating the release of the forthcoming new album “Bigga Baggariddim”, founder members Robin Campbell, Brian Travers, James Brown, Earl Falconer, Norman Hassan, and long-time members Duncan Campbell, Martin Meredith, Laurence Parry and Tony Mullings will perform new tracks, alongside the band’s timeless classics and greatest hits, including Food For Thought, One In Ten, Kingston Town, (I Can't Help) Falling in Love With You and Red, Red Wine, amongst many, many others.

Robin Campbell Guitarist and vocalist We really believe this will be the last time we’ve had to move theses dates because of Covid, we’re going stir crazy and just want to get back on the road again.

Norman Hassan, Percussionist and Vocalist We just can’t wait to feel the vibe & love of a live crowd, dancing and singing, moving and a grooving! That’s what’s we live for!

2021 sees the arrival of UB40’s new collaborations album “Bigga Baggariddim”, the follow up to the band’s critically acclaimed and internationally successful 1985 release “Baggariddim”. Much like “Baggariddim”, when UB40 invited other artists to voice over their riddims, “Bigga Baggariddim” is an international celebration of Reggae, featuring New Zealand’s House of Shem, India’s Reggae Rajahs, reggae veterans Inner Circle, Tippa Irie and Winston Francis, and upcomers Gilly G. Kioko, BLVK H3RO and Leno Banton. The album also includes tracks with Pablo Rider and Slinger, who both featured on the 1985 “Baggariddim” album.

As for so many, Covid has been devastating for the music industry. During lockdown the band have launched weekly UBZoomy broadcasts on their social media and their new exclusive UB40 app to stay connected with their fans. Every Sunday night from 7PM the band get together for album listening sessions, fan Q&A’s, guest interviews, guest performances and to watch UB40 archive footage together.

The Sunday night UBZoomy’s have become a firm fan favourite and fans can now purchase an exclusive ticket bundle, including the ‘UB40 at 40’ Live DVD, a pre-order of the new “Bigga Baggariddim” album and a year’s premium membership to the UB40 app, shortening the wait until the tour kicks off later this year. Additionally, in the run up to the new album release and the 2021 Tour, the band will share lots of engaging and exclusive content, competitions and all things UB40 on the app for fans to enjoy.

UB40 formed in 1978 and have since transcended their working-class origins to become the most successful reggae band in the world, selling more than 100 million records worldwide and spending over a combined 11 years in the UK album chart, alongside 40 UK hit singles, including their three No.1 singles (I Can’t Help) Falling In Love With You, Red Red Wine, as well as “Baggariddim”’s I Got You Babe Ft. Chrissie Hynde making UB40 one of the most successful British groups of all time.