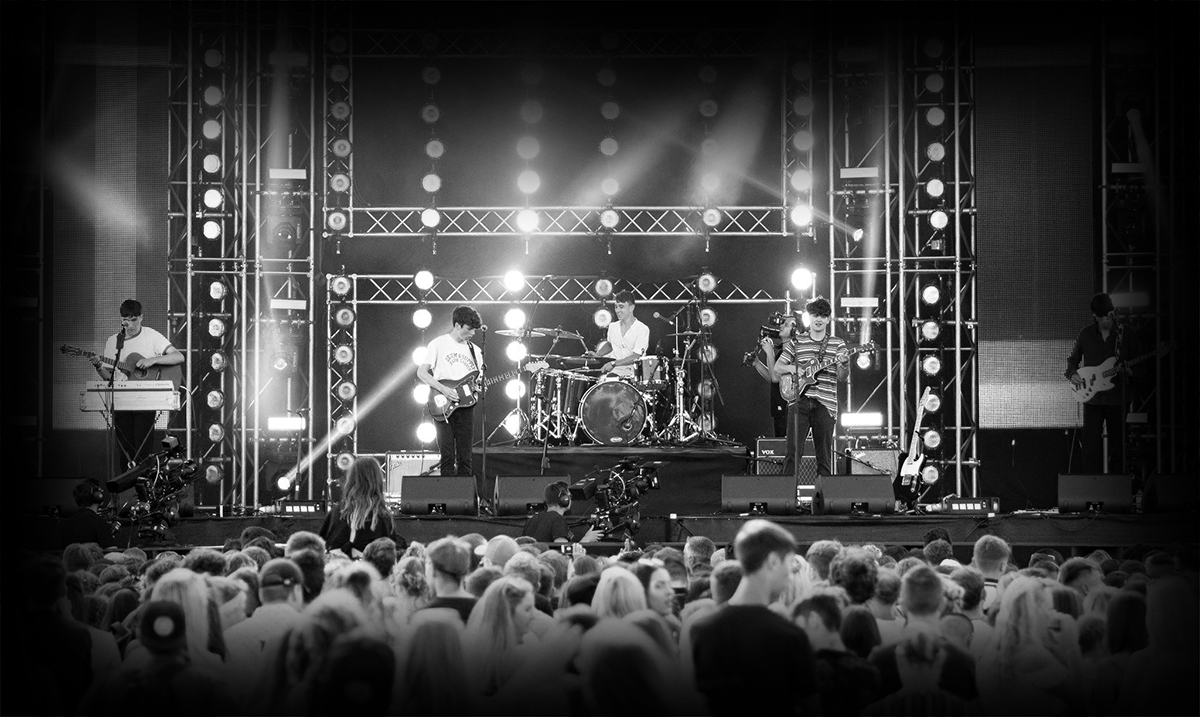 Welcome to PAVILIONS INTRODUCES a hand curated program of events showcasing the South West's finest talent in Plymouth Pavilions most intimate setting to date. Soak up the atmosphere and relax with a drink or some food from our bars with special INTRODUCES offers.

The Native are an Indie Alternative band from Devon, UK. Charlie, Ben, Tom and Harry are all 18, with Max who is 21. Recently forming together as ‘The Native’ just over a year ago they have already seen huge success within the short period of time they have been playing together. This includes the release of their debut EP ‘Fall Down’ which has just reached over 1 million streams. Their sound has been likened to acts such as Fleetwood Mac, Amber Run, James Bay, The War on Drugs and many others. They have played at some of the UK’s major festivals including opening up for Bastille at MTV’s Ocean City Sounds, Boardmasters, Port Eliot, Leopallooza and Tunes in the Dunes. Make sure to come down and check these guys out, their live show is one not to miss

An intriguing mix of synth pop, punk and alternative rock influences, Milo Gore is a five piece collective from Cornwall, England. After establishing the band whilst at university, Milo Gore has since generated an outstandingly dedicated following, pushing plays above 145,000 on Spotify. Their debut EP’s Watch The Tide & Too Much Too Soon can be heard on all major digital retailers. Bursting with personality and raw lyricism, Milo Gore describe themselves as ‘rough around the edges, but forever powerful and genuine’.

Having recently become a recognised BBC Introducing band, the quintet are now preparing for their album, fueled with new and extended tracks. The band have recently completed their first headline UK Tour, stopping in Falmouth, Plymouth, Torquay, Exeter, Brighton, Birmingham, Bristol and London.

“As an exploration of Mental Health, Milo Gore demonstrate a variety of themes, however, the band beau-tifully embrace their mantra ‘Forever Whatever’ and produce a sound that is playful, inventive and full of character.” iHeartRadio

PLUS A SPECIAL PERFORMANCE FROM PITCHER!

Pitcher have a good few things to say within a short space of time. Approximately 30 minutes will do. It’ll most likely be pretty loud, so bring your dancing shoes. Wacky haircuts and corduroy dungarees are also welcome.” Razor sharp indie rock with a hearty handful of midwestern emo sensibilities, Pitcher bear enough emotional baggage to fill a good-sized aircraft carrier. Having been a friendly face of Plymouth’s underground scene for many years, their connection to those roots act as the foundations of their drive to deliver music of true emotional clarity. The have torn up the likes of Boardmasters and Port Eliot over the last few years, and after an acute hiatus in 2018, are itching to fling themselves back onto your television set. “Don’t bore us - give us the chorus!” See you there.

Under 14's must be accompanied by an adult.