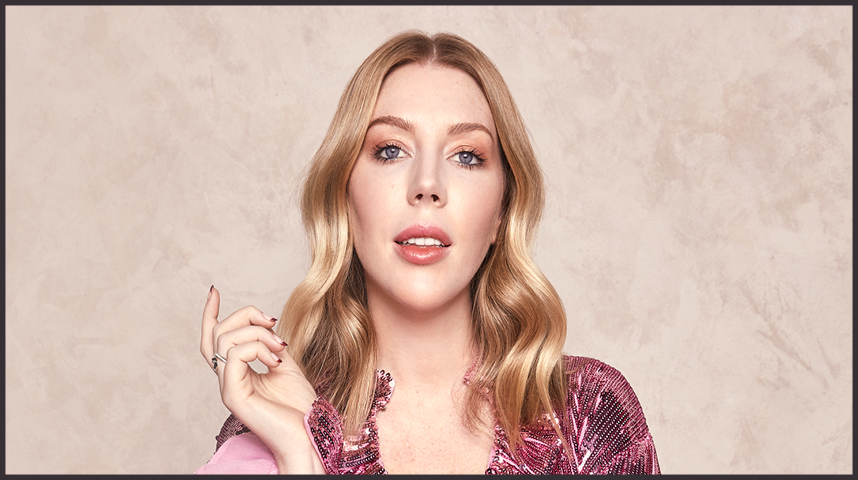 Tickets on sale Friday 16 October 10am

Creator and Star of Netflix smash hit The Duchess (along with two global Netflix comedy specials: In Trouble and Glitter Room) comedian and TV’s Katherine Ryan makes a hugely welcome return to the stage with her brand-new live show, Missus. Having previously denounced partnership, Katherine has since married her first love, accidentally. A lot has changed for everyone and we can look forward to hearing Katherine Ryan’s hilarious new perspectives on life, love, and what it means to be Missus.

Katherine Ryan is currently dominating the television and live comedy scenes both in the UK and abroad. Katherine's debut 6 x 30’ Netflix sitcom The Duchess was released on the 11th September 2020 and leapt to the top of the UK Netflix chart. Katherine not only stars in the lead role but also wrote and Executive Produced all episodes. The Duchess follows two critically acclaimed stand-up specials for Netflix – the second of which, Glitter Room, was released globally on 1 July 2019, fol-lowing 2017’s In Trouble. She was only the second UK based comedian to get a Netflix Global 60’ special released in all territories after Jimmy Carr – and is still the only woman.

Katherine has co-hosted six series of Comedy Central’s smash hit show Your Face or Mine with Jimmy Carr. She can currently be seen on Comedy Central as a judge on Roast Battle Series 4 and has judged every other series. Katherine can also currently be seen each week as a Team Captain on E4’s 8 Out of 10 Cats Series 22 along with fellow Team Captain Rob Beckett and host Jimmy Carr. She hosted the marquee all-female 8 Out of 10 Cats Does Countdown special (C4) in 2018 and has been a regular contributor on Cats Does Countdown for many series. She also co-hosted Channel Four’s tentpole Alternative Election Special with Krishnan Guru Murthy in December 2019.

Having been a treasured stalwart on British panel shows for many years, Katherine was a team captain on Netflix’s first ever global comedy panel show – The Fix alongside host Jimmy Carr. She has made countless appearances on the UK television - from the BBC’s smash hit series Who Do You Think You Are alongside hosting Have I Got News For You three times and appearances on Would I Lie To You, QI and Live at The Apollo, to a contestant on Dave's Taskmaster Series 2 and the Champion of Champions Special and giving her own inimitable lecture on Comedians Giving Lectures. Other notable TV credits include C4’s Travel Man with Richard Ayoade, The Big Fat Quiz of The Year (C4), The Big Narstie Show (C4), A League of Their Own (Sky), The Jona-than Ross Show (ITV), The Big Fat Quiz Of Everything (C4) and a team captain on Sky’s flagship series Bring The Noise. On top of all this, Katherine hosted C4’s factual-entertainment se-ries How’d You Get So Rich? Based on the original series hosted by Joan Rivers. She was also the host of The Stand-Up Show with Katherine Ryan for The Comedy Network in Canada. Katherine also has an acclaimed, hugely popular podcast - Telling Everybody Everything.

Outside of television, Katherine has sold out venues across the UK, US and Canada with her unique shows. She took her last show, GLITTER ROOM, to The Garrick Theatre in London’s West End for a four week run after a sell-out nationwide tour.